It seems that Apple is going down a very steep hill, very quickly. If you have an iPhone that runs on any of the iOS 12 iterations and you’re a FaceTime user, then your privacy is at risk as of this very moment.

The bug allows people to listen in on your conversations and access your front camera through the FaceTime app even without you accepting the call.

Anyone Can Hack You

As much as that sounds like some next level IT hacking, it’s actually pretty easy to do. It’s so easy to do that it only takes 2 very simple steps to do it and the bug was accidentally discovered by a 14-year-old on January 19, 2019.

The boy’s mother proceeded to file a report to Apple but has since claimed that her report was ignored. In it she details how her son created a Group FaceTime with his friends to play Fortnite and was surprised to find out that he was already able to hear his friend even without him accepting the call.

The worst thing about it privacy bug is that you won’t even know that your conversations have been compromised and who was behind it, nor when the hacking took place.

Your phone could literally be in your pocket during an important meeting and someone interested in that meeting could easily listen in without your knowledge.

Apple has since been faced with a lawsuit since a lawyer claimed that one his private conversations with a client was compromised through the FaceTime app.

Apple responded by disabling any sort of group calls on the app on the last week of January 2019 and promised to fix the bug by the end of the week.

Since the bug has been made public, people have also discovered that once the Group FaceTime has been initiated, the caller is able to listen in on the person on the other end and when the person presses the power button, it then gives the caller access to the person’s front camera.

So just when you thought you successfully silenced an incoming call, you’re actually giving the caller even more access.

Apart from the fact that your privacy can be so easily compromised by anybody in your contacts list, the iOS 12 and its iterations have brought about so much inconvenience that it’s been called the worst iOS Apple ever designed.

Other bugs have been found to make calls impossible. One woman reported that since the update, she has not been able to get a single bar of service from her network provider. That means she is unable to make and receive calls and texts unless she’s connected to a Wi-Fi network.

Then there was the UI design mishap when it made things hard and inconvenient for people to switch between the front and rear cameras while on FaceTime.

These are just some of the worst issues that the iOS 12 and its iterations have inflicted upon Apple users. There could be more that just haven’t seen the light of day yet.

What You Can Do As an Apple User

It’s highly likely that if you own an iPhone, you also own other Apple products. Although everything mentioned is about just the iPhone, there is no saying how bad the bugs can be across all your Apple products.

With that said, we advise that you take extra precautions when using your iPhones, or any Apple product for that matter when having private conversation. Make sure to take any and all issues up with Apple so that nothing gets overlooked. Report it for your sake and for the good of every other Apple user.

The Apple iPhone X was released on November 3rd, 2017. People at Apple stores around the world waited in line for hours, or even days to get their hands on these elegant new phones. The iPhone X is the tenth Apple iPhone version, and it has more bells and whistles then any of the previous models.

However, despite all of the positive things that the Apple iPhone X has, many people have been reporting an image burn problem. This problem is both highly inconvenient and also destressing for the people who have paid good money for these phones, expecting a top quality product.

A closer look at the problem

The image burn problem that iPhones are having are due to the OLED screens. OLED screens are different from the traditional LED screens that Apple has used in the past for its phones. OLED screens can have image burn-ins if a single picture is kept on the screen for too long with the brightness turned up high.

OLED screens can provide enhanced color and clarity, and that is why many phone manufacturers have made the switch. However, the image burn problem can be extremely annoying and can cause a particular image to remain as a ghost image on your phone even once you close out of it. This is highly undesirable and presents a major problem for iPhone X users. Just imagine opening your bank account on your iPhone and then having this image burned into your phone…not good.

What is being done about Apple iPhone X image burns

Apple has actually declared that image burn problems with its OLED screens are normal for its iPhone X models. It appears that Apple has weighed the pros and cons of having OLED screens for its iPhone X model and decided that the pros of these incredibly beautiful screens outweigh the costs of the image burn issues. So, do not expect Apple do anything about this problem.

However, if customer complaints continue to grow in the next few months, then there is a chance that Apple may actually try to resolve the problem. Until then, there are a number of things that you can do to limit or prevent the image burn problem on your iPhone X.

In order to prevent image burns on your iPhone X, you should first avoid displaying static images for a long period of time. To help you prevent doing this, you can open Settings and go to Display and Brightness. Then click on Auto-Lock. Once you are there, you can reduce the amount of time that it takes for your phone to auto-lock after inactivity occurs.

You can also avoid looking at high contrast images for too long. High contrast images are images that have major contrasts between dark and light colors and with sharp edges. Further, you can turn down the brightness on your device. Turning down the brightness is probably the simplest way to avoid image burns, or at least to reduce the amount of times that you experience them. 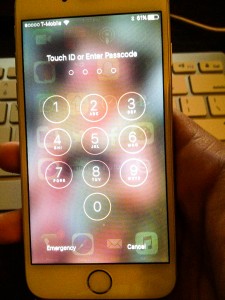 If you have just spent $999 on a new iPhone X, then the last thing that you want is to experience major screen issues. Following the tips in this article can help you to prevent getting major image burns on your iPhone X.

However, if you are having trouble controlling the image burning on your iPhone X, or if you are experiencing any other issues with your new device, then RockIT Repairs can help. Please feel free to contact us today to start discussing repairs for your iPhone or other electronic device. 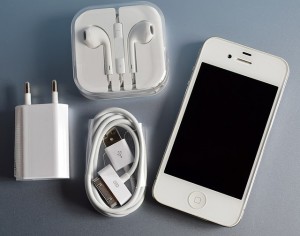 Unlike real Apple chargers which are rigorously tested for safety, knock off brand chargers are major fire hazards. Because of the fact that they heat up and sometimes even realize sparks, there is a very real possibility that they could start a fire in your house or apartment. The result of this fire hazard is that some people try to save about $15 buy buying a knockoff brand could end up destroying their entire home through a fire. This is especially true for people who charge their phones near flammable things such as curtains or newspapers. So, if you do not want to burn down your home, then you should strongly consider buying an original apple charger, and not a knock off version.

Despite the fact that knock off brand chargers may seem perfectly harmless, the truth is that these devices are a severe risk, and should not be meddled with. Not only do they consistently fail safety tests, but they have actually injured and even killed people. They also pose a significant threat to property due to their potential to start fires.

So, if you are thinking of purchasing a knock off brand charger for your iPhone or other apple device, then you should really avoid doing this. Yes, you may save a tiny amount of money in the short term, but there is simply far too much to lose. It is ridiculous to risk your own life, your health, or your home for savings of $15. Original Apple chargers are tested thoroughly and comply with all safety regulations. They also work extremely well, and have plenty of insulation which protects you and your home. It should really be a no-brainer to buy original Apple chargers vs. knock offs.

You should stop using that fake Apple charger

In just 72 hours Apple has broken its previous iPhone 6 sales record of 10 million with 13 million iPhone 6S sales in just three days. This was the first time that the iPhone launched in China which most certainly helped to boost weekend sales. The iPhone 6S  and iPhone 6S plus launched in just 12 countries and will be available in over 40 countries by October 9th, 2015. By the end of the year Apples iPhone 6S will be in over 130 countries and still shattering records. These sales numbers were slightly above wall street estimates, which will most certainly have the stock opening END_OF_DOCUMENT_TOKEN_TO_BE_REPLACED