A brand-spanking new smartphone hit the stage for its first public viewing yesterday, with release dates beginning later this year in Europe. Created by a group of former Nokia employees, the Jolla features an “open” operating system called Sailfish OS, formerly Nokia’s Meego system. There are no navigational buttons- Jolla’s interface  is controlled by finger swipes and gestures.

The ability to use 4G networks and run Android apps is a big selling point, as are the 4.5 inch touchscreen display and removable back panel called The Other Half, which interacts with Sailfish, actually changing its form and function while installed. The Other Half comes in different colors. 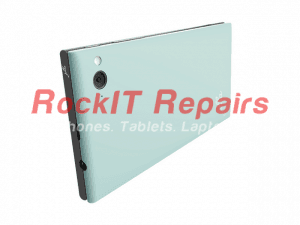 The Jolla features a dual core processor, an 8 megapixel camera, and a user-replaceable battery. Debuting first in Europe, more information will be released as we move closer to the release date.